In 2007, we teamed up with Bahri Dağdaş International Agricultural Research Institute in Konya to develop a species of wheat that would allow us to make better quality biscuits, all the while making the act of manufacturing more sustainable AND securing Turkey’ wheat supply for decades to come.

We conducted initial testing at the institute’s private fields between 2007 and 2011, and then expanded testing to other parts Anatolia between 2011 and 2014. The fruit of our labor is a new species of wheat we’ve dubbed Aliağa. We applied for it to be patented in 2014. Within two years, Aliağa wheat successfully passed the Central Directorate of Seed Registration’s testing in different regions and under different conditions, as well as was certified by the Turkish Ministry of Food, thus granting it its patent.

The first Aliağa wheat crops were planted on 700 acres of land in Konya and Ankara in November 2019. We harvested the crop in July 2020. In that one harvest, we reached our goal to produce 300 tons of seeds, which we then sewed back into the soil the following year.

By 2023, we hope to use Aliağa wheat to meet more than half of our biscuit wheat needs.

Aliağa wheat will help meet biscuit – and bread flour – manufacturers wheat needs. It is 17 - 20% more efficient on aqueous land and 40 – 60% more efficient (per decare) on arid land than other species of wheat – making more advantageous all around, and meaning that Aliağa wheat requires significantly less water. Turkuvaz Media Group and Para Magazine (under the auspices of the Ministry of Agriculture & Forestry) honored Ülker and its ambitious project with a Carriers of Agriculture Into The Future Award.

We feel a responsibility towards the society, so we seek out collaborations to develop projects for “tomorrow’s happiness.” 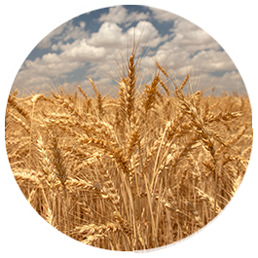 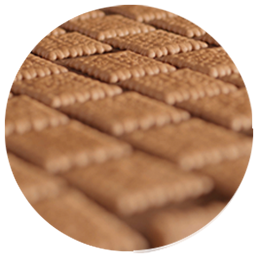 ZERO LOSS AND ZERO WASTE FROM SOIL TO SHELF