After sponsoring the “Qur’an in its 1400th Year” exhibition, Yıldız Holding continues its support of events for art lovers with its sponsorship of the exhibition of “Hilye-i Şerîfes, The Masterpieces of Calligraphy”. The exhibition was organized with the permission of the Ministry of Culture and Tourism in the splendid Great State Room of the Yıldız Palace. The free exhibition, which was held from November 1 to December 1, 2011 displayed 101 calligraphic pieces of the Hilye-I Şerifes chosen from the collections of the Topkapı Palace Museum, the Sadberk Hanım Museum, the Yıldız Holding Collection and other private collectors.

The opening ceremony was honored by the presence of President Abdullah Gül and the Minister of Culture and Tourism Ertuğrul Günay. The stunning calligraphic texts on display contain eye-witness accounts and descriptions in poem and prose of the holy duties and qualities of the Prophet Muhammad. Professor Faruk Taşkale was the curator for the exhibition organized by Antik A.Ş. 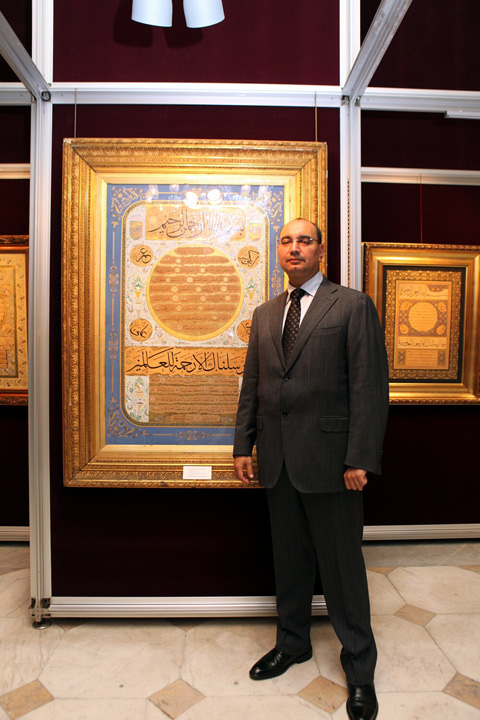 Through its sponsorship of the event, Yıldız Holding hopes to raise the profile of the cultural and artistic richness present in the country. Some of the famous classical calligraphers represented in the “Hilye-I Şerifes, The Masterpieces of Calligraphy” exhibition were Hafız Osman, who created the classical graphic design of Hilye, Kazasker Mustafa İzzet, Mahmud Celaleddin and his wife Esma İbret.

Most of the texts of the Hilye are attributed to Ali, however there are also other attributions. The translation of one description of the Prophet by Ali reads as follows: “The Prophet was of medium height, neither very tall nor very short in stature. His hair was of medium length and wavy, neither long and straight nor short and curly. He had a round face, a clear, pale complexion and large black eyes with long lashes. He had large bones and wide shoulders.. His chest was hairless from the middle to the belly. The palms of his hands and the soles of his feet were supple and well-rounded. When he walked he moved easily as if he were going slightly downhill. When he looked to the right or left he turned his entire body in that direction. Between his shoulders he bore the "nübüvvet mührü" or sign of prophethood. This distinguished him as the last prophet. He was the most generous of heart, truthful, even-tempered and most friendly of the people. People who saw him suddenly were struck by his solemnity, but those who engaged in conversation with him knowing his excellent qualities came to love him more than anything else.”

The intense interest of art lovers, authors and calligraphists to Hilye, stems from the singular inspirational descriptions of the Prophet Muhammad and the spiritually fulfilling special design. The Hilye is uniquely important because of the belief that it will protect the place it's present at and brings comfort and prosperity. 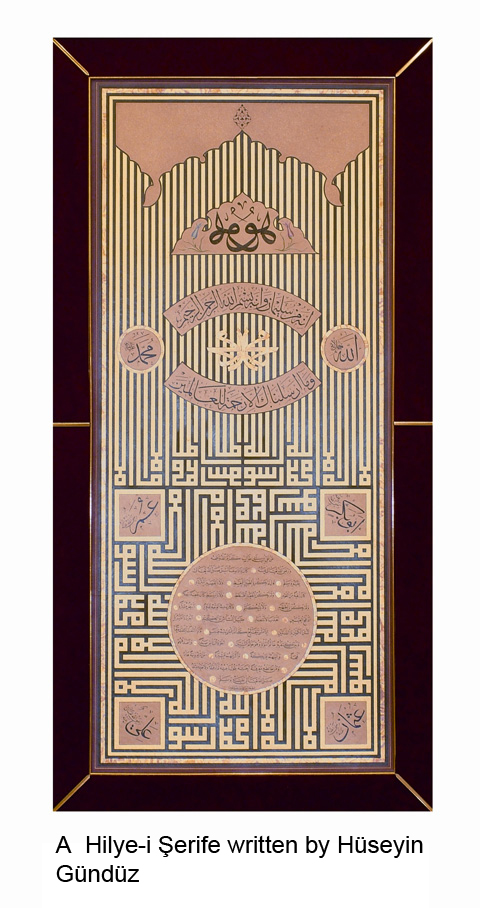 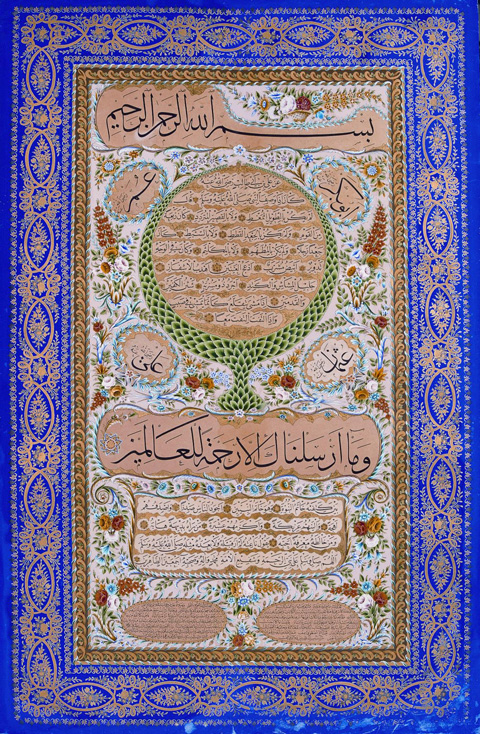 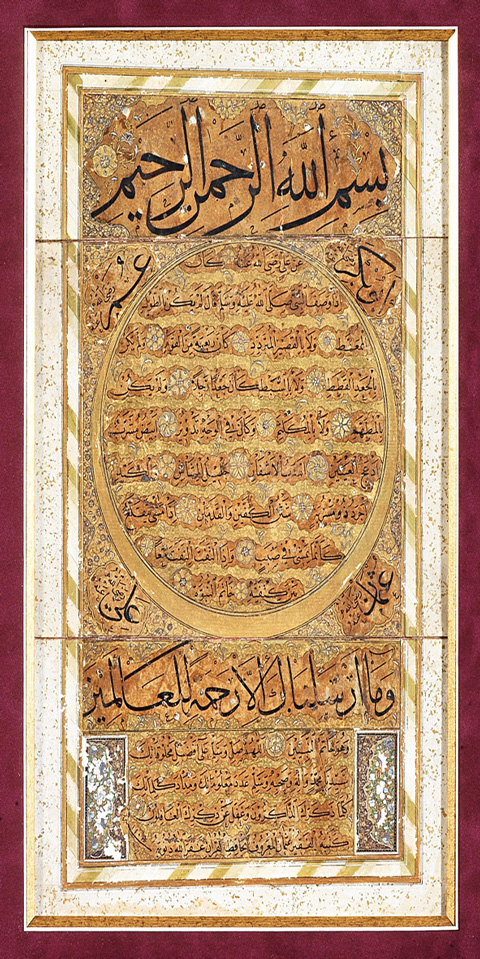 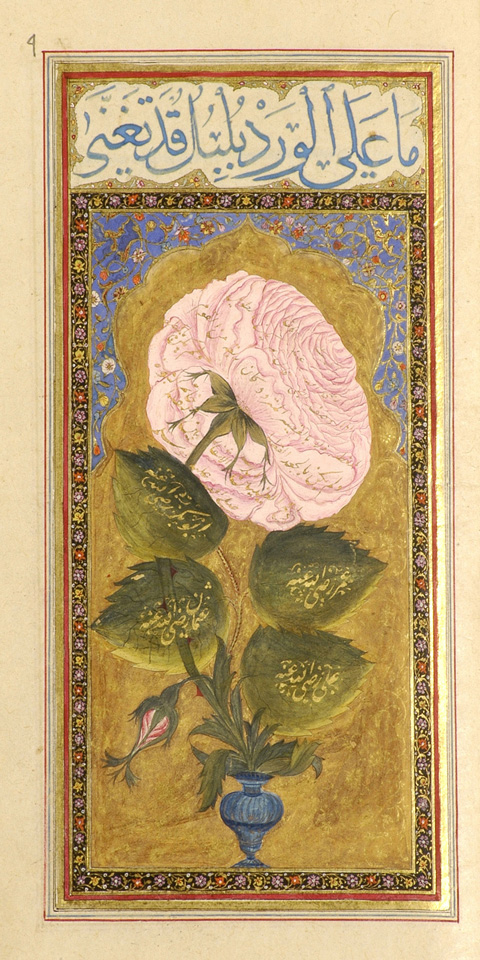 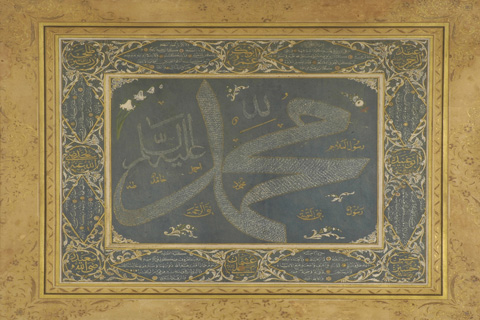